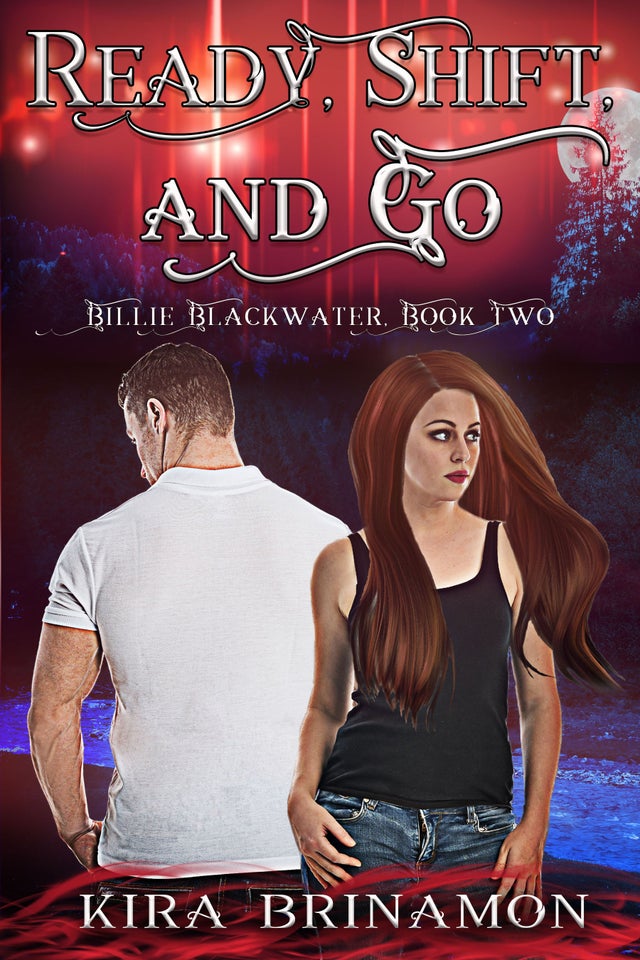 Spoiler Alert: description contains spoilers for book one in the series.
​
Now that Billie knows she’s able to shapeshift outside of her limited territory, she’s determined to find other shapeshifters and get some of the answers she thought were out of reach. Unfortunately, that means a long road trip with her dad, whom she still hasn’t forgiven for his role in her mother’s death. He says he knows some shifters in Durango, but when he and Billie show up on their doorstep, Billie realizes she’s found herself in the middle of a crime scene. Again.

Meanwhile, Caleb is stuck in Juniper, still healing from being attacked by the Scarlet Monster. When a newcomer offers to heal his wounds, she also awakens some strange powers he never knew he had. To make matters worse, the animals in Juniper have started acting strangely, and Caleb is pretty sure they’re about to have a whole epidemic of Scarlet Monsters on their hands.

“We’re about ten miles out from Durango,” Billie’s dad told her. “Should be a turn coming up.”

He motioned toward the maps that he’d printed out at Juniper’s tiny library, which they’d used to navigate this far. She reached down and snatched up the crinkled papers from the floorboard. Her neck was stiff and her hips and lower back ached. They’d stopped only once during this long drive. She couldn’t remember ever having to sit in one spot for this long before. It was awful, and she was ready for the drive to be done.

Reading off the papers, she called out turns and street names that took them well off of the main roads, until they were bumping along a dirt road a lot like the one that had taken them to the old timber mill where they’d had the final showdown with the Scarlet Monster. But this road went on longer than that one had, cutting switchbacks through a muddy canyon.

“Isolated,” Billie commented. Of course, if they really were a family of shapeshifters, it made sense they’d want their own space, as wild as possible.
“We’re almost there. I recognize this area now.”

After a few more minutes, her dad made another turn onto an unmarked road, unprompted by the printed directions. A metal gate stood open, the chain coiled on the ground.

“They know we’re coming, though, right?” Billie said. “So they’d leave it open for us.”

Her dad said nothing. As he drove through the gate, she said, “You did tell them we were coming.” But she knew he didn’t have a phone, and he’d never asked to use hers or Caleb’s. “Is it safe to just drive up here?”

“Yeah,” he said, sounding like he was feigning more confidence than he felt. “What’s the worst that can happen?”

“Uh, you want a list?” Billie said. Her breath was getting shorter, her heartbeat quickening.

Billie shook her head. It seemed very bad form to show up unannounced, and Billie was starting to doubt her dad was as close with these people as he had insinuated.

A two-story wooden house came into view, with dark wood siding and a peaked roof. A crew cab truck was parked in front. Half a dozen chickens pecked at the ground. The door to their coop, just to the left of the house, had been left open.

Her dad parked next to the other truck and stepped out. Billie hesitated, taking a long breath before she joined him. She had so many questions to ask. She couldn’t believe that she was finally going to meet more people like herself. Were they really, though? And would they accept her? Billie took one more breath and then opened the truck door. She closed it softly behind her, and followed her dad up the steps to the wide, covered porch.

He knocked on the door, four strong, urgent taps. While they waited for an answer, Billie looked around. The wheels of the truck they’d parked next to were turned sharply, and from this side, she could see that the driver’s side door had been left open. Shirts and overalls swayed in the wind on a clothesline in the yard, but some of the clothes had blown off and littered the ground. The ones still hanging were spattered with mud. One shoe lay on its side at the edge of the porch, the other half of the pair nowhere to be seen.

Her dad knocked again, but no one came to the door. Maybe they’d heard someone driving up uninvited, and they’d all shifted and scattered into the forest? Billie scanned the windows for any fluttering curtains, any signs someone might be peeking out. No movement at all. She turned in a circle, studying the perimeter, the forest surrounding them.

Billie pulled out her cell phone. Only one bar, but that was about all she usually had in most of Juniper, too.

“You have a number for any of them? Stan, maybe?” Stan was the main one her dad always talked about. He was supposedly a bear shifter, and the patriarch of this family.

Her dad thought for a second, and then rattled off a number. Billie punched it in.

A second after she heard the ring on her end, a ring echoed inside the house. She let it ring a few times, listening for any signs of movement inside, maybe someone waking up to go answer. Nothing. The voicemail notification informed her the mailbox was full. She hung up.

Her dad turned the doorknob, and it swung open, unlocked. Billie followed him inside, the hairs on the back of her neck rising.

“Hello?” he shouted. “Anyone home? It’s Keith Blackwater. You told me come back any time, remember?”

Ants crawled over a plate of half-eaten pancakes on the kitchen table. Another plate lay in broken shards on the floor. Billie followed her dad into a living room, where some Popular Mechanics magazines had spilled off of the coffee table onto the floor. Water ran inside a small bathroom off to the side of the living room. Billie knocked lightly on the door frame before poking her head in. The bathroom was empty, light on and the sink overflowing. She reached toward the running faucet, then thought better of it, and grabbed a towel, using that to turn it off.
​
No fingerprints, she thought. Since I’ve clearly found myself in a crime scene. Again.